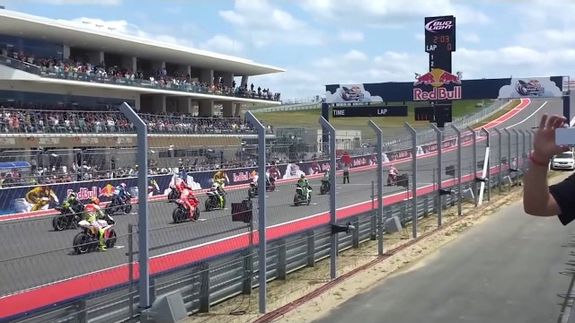 Sometimes the world gives you a video so marvelously dumb you can’t help but laugh and shake your head at the wonder of it all.

Reddit user vlosh shared the above video — a clip of a motorcycle race using an alternate, homemade soundtrack — which he said he created “using only my voice and half an hour of crushing boredom.”

The results are stupidly perfect, a 50-second clip that makes you roll your eyes at first but, by the end – which you should definitely watch – you’ll be laughing pretty hard. Read more…