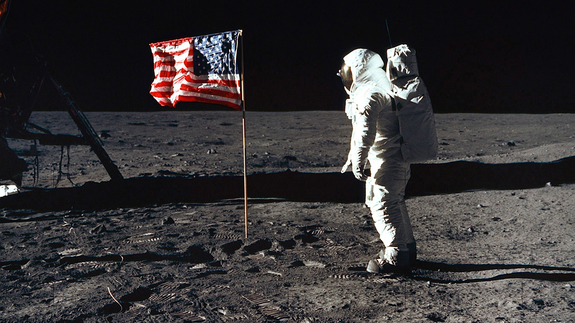 Adam Woodworth (@ajwoodpiece on Instagram) does some cool stuff with his free time with Lego, foam, motors, and other DIY project faves, and his latest effort is an homage to the Apollo 11 landing.

The first NASA mission to put astronauts on the surface of the moon happened almost 50 years ago, on July 20, 2019. To celebrate the approaching anniversary, Woodworth picked up Lego’s recently released Apollo 11 Lunar Lander set with an eye toward making some modifications.

In short: he wanted to recreate the famed landing on video using a powered, flight-capable version of the Lego lander.

It wasn’t a simple process. The actual Lego kit, once assembled, is a mostly solid mass of blocks. In order to make his own version work with the necessary motors — T-Motor F-40’s with 4-inch propellers, according to the YouTube description — Woodworth needed to clear out some interior space. Read more…