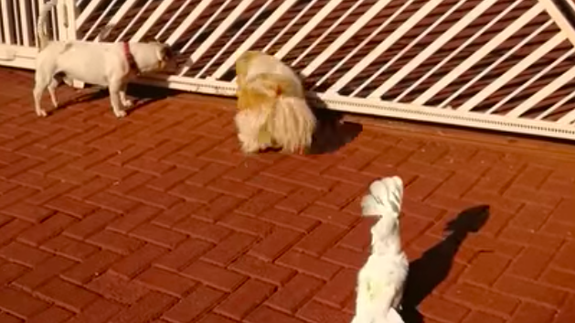 Birds just want to have fun.

Some birds define “fun” as flying around and pecking at some seed. Others, like the parrot in the video above, think it’s fun to hang out with dogs and spend the afternoon barking!

The video, taken in Roodepoort, a city in South Africa, shows a fierce parrot mingling with a group of dogs and flawlessly mimicking their barks.

According to the video description, the parrot’s owner describes the bird as “a child in the house.” The parrot has reportedly been a member of the family for 19 years, during which time he’s closely bonded with other animals — mainly, dogs. Read more…