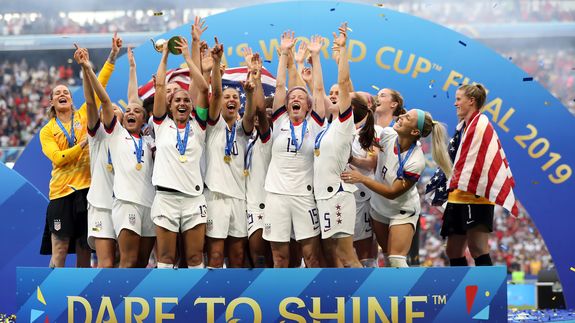 The U.S. Women’s National Team beat the Netherlands 2-0 on the field on Sunday, securing their second consecutive World Cup win.

It’s an especially sweet victory after weeks of complaining from other nations, which claimed the American women were celebrating their wins too arrogantly. And although fans celebrated with the team, some pointed out that the USWNT’s domination during each match only proved they deserved to be paid just as much as their male counterparts.

A Nike ad appears to nod to the equal pay debate that has mired 2019’s World Cup. The women’s team escalated their fight for equal pay, suing the U.S. Soccer Federation for “institutional gender discrimination” after a 2016 complaint with the Equal Opportunity Employment Commission didn’t land salaries anywhere near what the men’s team was paid. The complaint noted that although the women’s team generated nearly $20 million more in revenue than the men’s team did in 2015, the men were paid four times what the women were paid.  Read more…