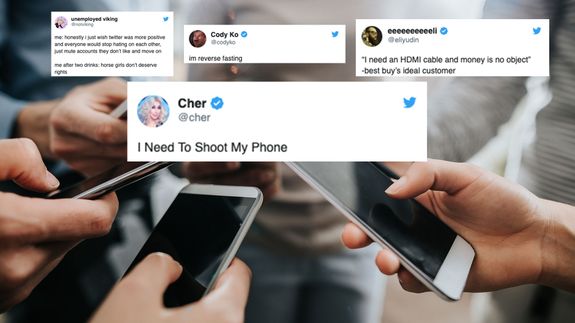 If life is a classroom, Twitter is the chalkboard.

The main point of Twitter is that there isn’t one. You can say whatever you want, whenever you want. While that can cause problems, it also allows for people to say what they’re truly feeling and thinking, which can be very relatable. I mean, where else on the internet can you scroll through a string of emojis typed by Cher, vitriol from the president, and a video of a baby in a wig, all in a 30-second timeframe?

Some 500 million tweets get tweeted each day, according to Hootsuite. If you multiply that number by 33 (the average character count of tweets, according to Tech Crunch), you’ll get 1.65e10 (according to my calculator). That’s a lot of characters being tossed into the digital ether by human fingers.  Read more…