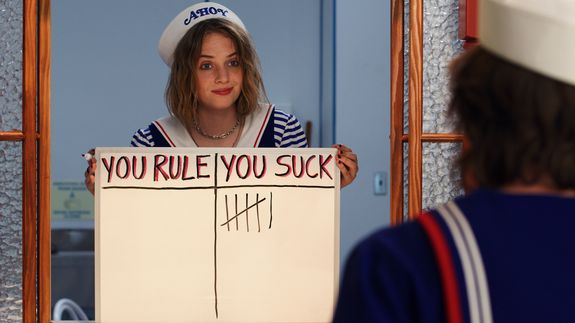 It’s a truth universally acknowledged that any time someone holds up a whiteboard on TV, it’s destined to become a meme.

There’s just something about that easily-Photoshoppable surface that lends itself perfectly to mild internet vandalism.

The Stranger Things characters are no exception to this rule.

In the first episode, she uses a whiteboard to keep track of how many times Steve gets rejected when he asks Scoops Ahoy customers out on dates. Read more…