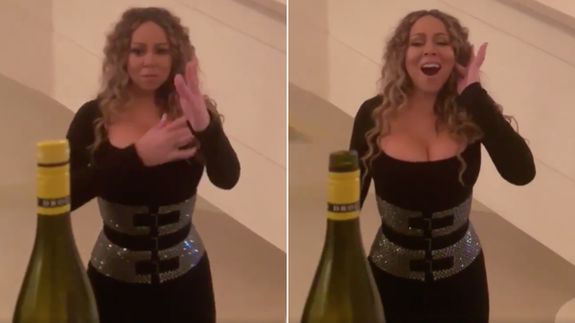 Mariah Carey doesn’t do anything without flair, and her attempt at the viral bottle cap challenge is no exception.

The challenge has seen some pretty wild tries at removing bottle caps, but nothing compares to the queen of all that is extra’s stab at it. Dressed in a glittering corset, Carey started off the challenge with some faux martial arts moves. Then, she hit her signature high note with a shriek so piercing, the glass bottle’s cap went flying off.

It’s an extremely Mariah Carey move — you could even say she popped off.

Obviously, her fans were here for it.

SEE ALSO: The latest viral challenge is all about kicking the cap off a bottle Read more…