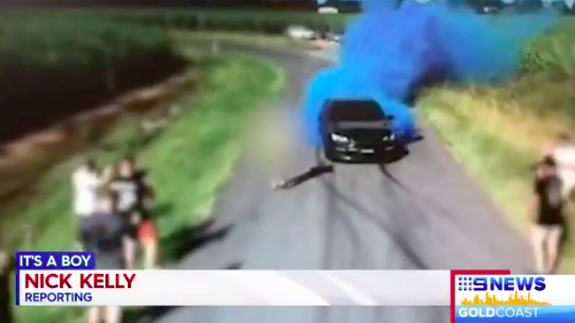 A 30-year-old man in Queensland, Australia, was fined $1000 and lost his driver’s license for six months after his car burst into flames during a gender reveal burnout. This week, police released drone footage of the whole incident, which was then broadcast on local news — and which you can watch with great schadenfreude below.

Police have stepped in after a gender reveal ceremony took a turn for the worst.

The explosive finale was captured on video, with the daredevil driver slapped with a hefty fine: https://t.co/V7DkwMkN2l @njkelly9 #9News pic.twitter.com/voh5QeTRqy