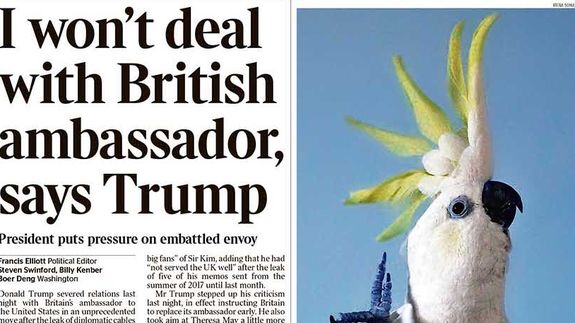 The Times newspaper in London ran a seemingly provocative front page on Tuesday, featuring two stories side-by-side that have raised a few eyebrows for their positioning.

On the left, a story about Trump launching into a characteristically dramatic tweetstorm, binning relations with Britain’s ambassador to the U.S., Sir Kim Darroch, after leaked diplomatic cables had described the president and his White House administration as “inept.”

On the right, a story about Snowball, a cockatoo who dances to the Backstreet Boys with “remarkably diverse spontaneous movements.” Read more…

More about Donald Trump, Trump, The Times, Cockatoo, and Culture