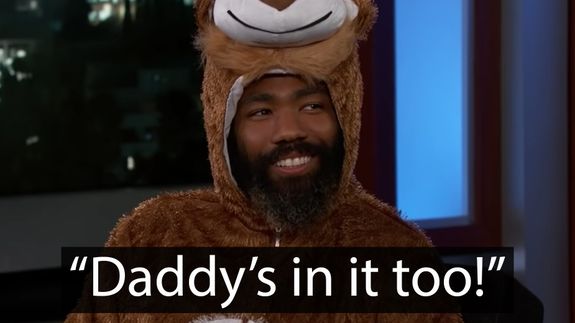 Imagine getting to tell your kid you’re going to star in the remake of one of their favourite movies.

This was the situation Donald Glover found himself in with The Lion King, in which he plays the lead role of Simba. So, rather than telling his son a long way in advance, he explained to Jimmy Kimmel (while wearing a lion costume) that he tried to surprise him.