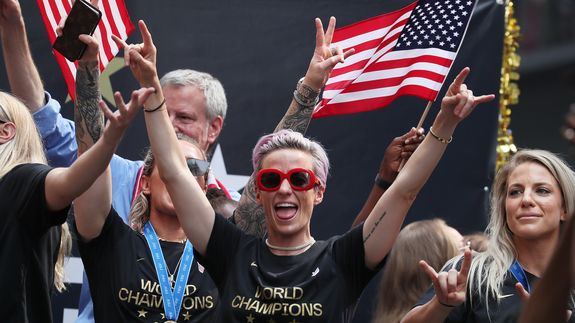 Ready for ya, America. 🇺🇸🏆 pic.twitter.com/R3wMXl8xdz

For fans of the team who followed their path through this year’s World Cup, it was a well-earned celebration. People turned out in droves to cheer the team on as they rode atop floats, on their way to a ceremony on the steps of New York City’s City Hall. Everyone — fans and players — were jubilant as the team absorbed the accolades and ticker tape raining down on them.  Read more…