It’s very cool to have a great twitter handle. Typically, for the European Commission politicians, and civil servants you would expect to find something that combines ones name with the letters EU. Or maybe just the name.

Some people however, have more imagination. The Ambassador heading the EU Delegation in North Macedonia, uses the awesome twitter handle @AmbassadorEU.

How cool is that? All the heads of EU representations and heads of EU delegations must be insanely jealous.

One thing though. The man’s name is nowhere to be found on his twitter profile.

In Kassandra’s head it all sounds kind of like:
“The name is Bond. James Bond.” but with “… Ambassador. EU Ambassador.” 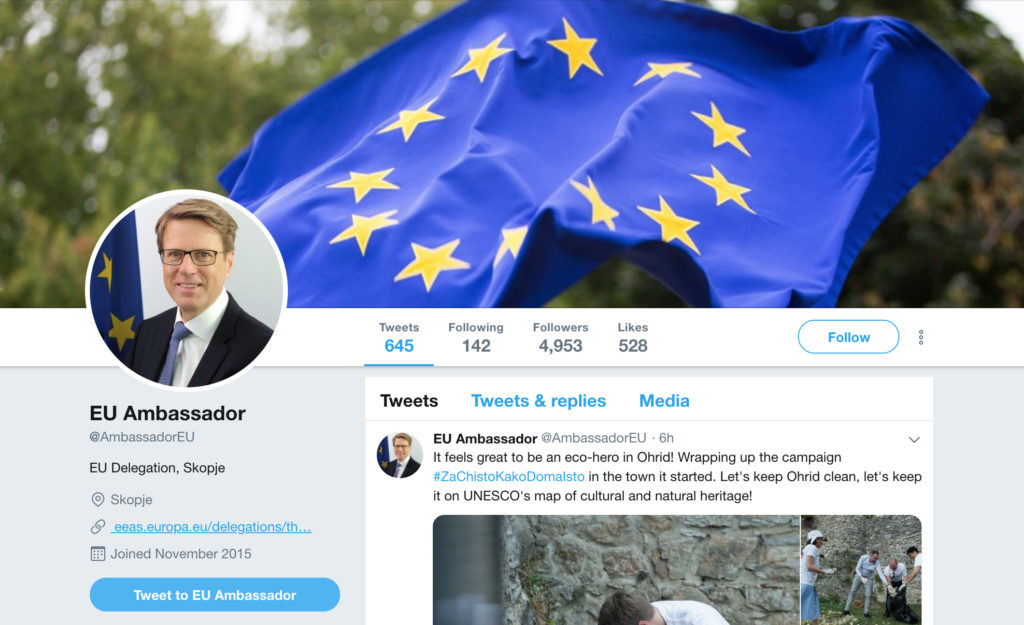